The Toy breeds are small companion or lap dogs.They do not need a large amount of exercise and some can be finicky eaters. Luckily for the toy breeds, providing companionship for humans has counted as suitable employment through the ages. This has ensured the survival of breeds without practical skills, such as the Chihuahua, pug and Pomeranian. Many toy breeds, such as the miniature pinscher and the toy poodle appear to be miniaturized versions of larger breeds. Ranging between under 6 pounds (3 kilograms) in the tiniest Chihuahua and 20 pounds (9 kilograms) in the stockiest of pugs, these diminutive dogs have made for loving companions since they were first bred centuries ago. Later, some toy breeds were the lapdogs of European royalty. Today their stature makes them excellent pets for people without a lot of extra space in their homes. And despite their tendency toward yappiness, they are considered the best dogs for novice owners, though their fragility can make them less than ideal pets for families with small children. This breed's love of attention serves them well outside of their loving homes too. Loyal and intelligent, they are great at learning tricks, and many excel in obedience competitions.

Following are the dog breeds falling in TOY GROUP category: 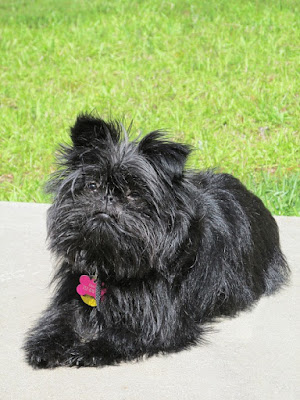 The smallest dog in the family that includes pinschers and schnauzers, the Affenpinscher is a toy dog with a good demeanor. These little guys are very intelligent and trainable and make wonderful family pets. They have a dark, wiry coat and are naturally affectionate towards humans. 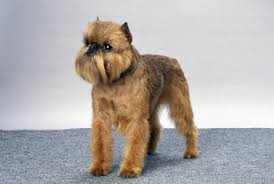 Originally bred to hunt and kill rats, this former Belgian street dog is a distinctive and unusual dog breed. Although he’s small, he’s hardly a pampered pooch. Affectionate and lively, his intelligence, sense of humor, and air of self-importance keep him one step ahead of his people. 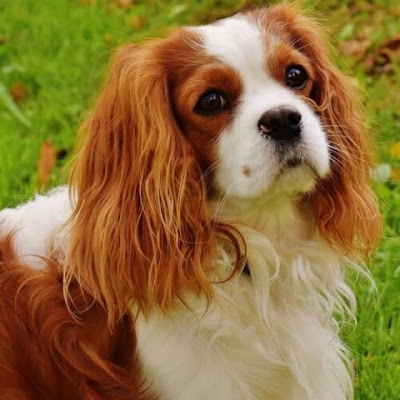 Although they’re born to be a companion, the Cavalier King Charles Spaniel dog breed retains the sporty nature of their Spaniel ancestors. If they’re not sitting on a lap or getting a belly rub, nothing makes them happier than to flush a bird and then attempt to retrieve it. 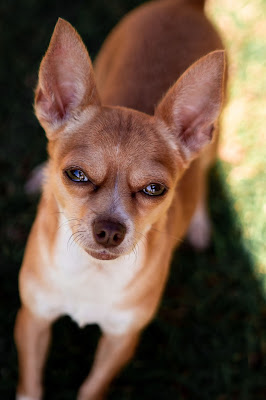 Mexico is considered to be the Chihuahua’s country of origin. Born to be a family companion, the Chihuahua needs lots of attention and family time. This small, spunky dog breed is famous for coining the phrase Yo quiero Taco Bell. Who doesn’t remember the commercials in which the Chihuahua expressed his love for Taco Bell food? Tiny and energetic, they are one of the longest living dog breeds, sometimes living up to 20 years.There are both long and short haired Chihuahuas, but many people find that hairless or mostly hairless miniature Chihuahuas are ideal. 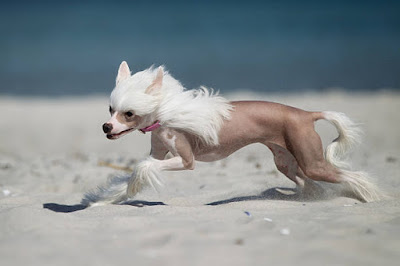 The Chinese Crested is an unusual dog because it is available in two distinct varieties. The first variety is truly hairless except for long hair that grows on its paws, head, and tail. The second variety is called the powder puff and has long, fine hair that resembles human hair. Both varieties are considered to be hypoallergenic because these dogs do not shed too often. These dogs need exercise, crave attention, and enjoy being with their owners as much as other breeds. 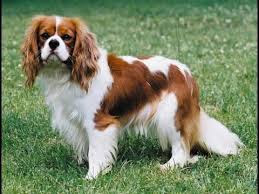 The English Toy Spaniel was normally kept by royals. They are square, snub-nosed toy dog and have large domed head, long and lush ears, dark melting eyes, and chubby cheeks. Their coat comes in four varieties, each with its own proper name: red and white (Blenheim); black and tan (King Charles); white, black, and tan (Prince Charles); and a solid red (Ruby). 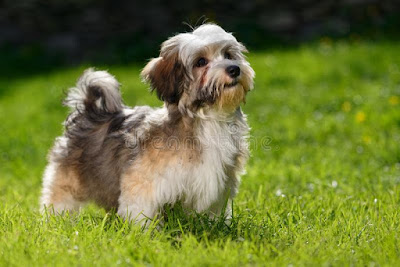 Havanese is the national dog of Cuba, developed from the now extinct Blanquito de la Habana ("little white dog of Havana"). The Blanquito descended from the now-extinct Bichón Tenerife. The Havanese dog breed has won many admirers with his long, silky hair, expressive eyes, and cuddly size. Bred as a companion dog to the Cuban aristocracy in the 1800s, he's earned the nickname “Velcro dog” because he sticks so closely to his owner's side. 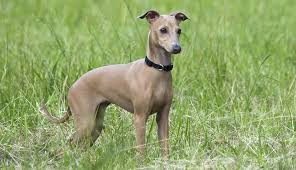 Italian greyhounds are sweet, gentle, affable dogs that can be needy in their desire for affection. Denied attention, they can become shy, hyper or both. One-person or one-family dogs, they may display an aloof attitude with strangers. The Italian Greyhound is a great dog for families, but be mindful of their delicate nature and always supervise young children as they could accidentally harm the dog. These dogs get along with other pets in the house, but keep in mind their strong prey drive. 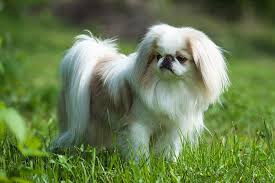 The Japanese Chin (Japanese: 狆, chin), also known as the Japanese Spaniel, is a dog acknowledged for its importance to Japanese nobility. It is both a lap dog and a companion dog. It has a bright and intelligent look and a distinct Oriental expression. These dogs have a large broad head, large wide-set eyes, short broad muzzle, ear feathering and the evenly patterned facial markings. 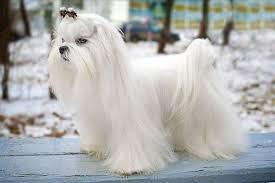 The Maltese is gentle, affectionate, intelligent, responsive and trusting. A good family dog, Maltese are lively, playful, vigorous, and they generally enjoy learning tricks. They can be snappy with raucous children. This elegant toy dog breed is famed for the silky white hair covering his body. As they don’t have an undercoat, the Maltese sheds little, and many people consider the breed to be hypoallergenic. But the Maltese is more than his coat. 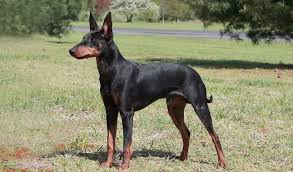 The Toy Manchester Terrier is described as a miniature form of the standard Manchester, with an alert and eager expression. Its racy, sleek, and compact body is long in proportion to its height, with an arched topline. The dog's gait is effortless and free. 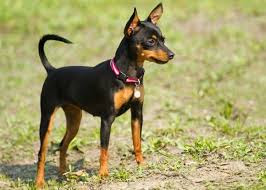 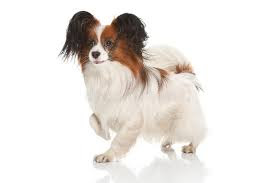 The papillon is a small, dainty-looking dog with ears that flare from its head like the wings of a butterfly. The coat is long and silky, and the tail is a waving plume. Unlike other longhaired breeds, the "pap" has no undercoat or bi-annual shed, and its long tresses do not mat easily. 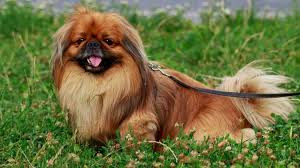 Pekingese are very loving and affectionate with their family but aloof, almost wary, of strangers. That characteristic makes them excellent watchdogs; they like to bark when strangers approach. Some Pekingese tend to bark too much, so it's a good idea early on to teach them when to stop. 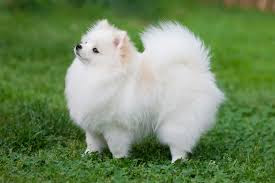 Pomeranians are easily recognized by their luxuriant fluffy double coat and foxy face with alert, prick ears. The body shape is fairly square, and the fluffy tail curls up and over the back. A thick ruff around the neck completes the picture of a dog that could handle the snows of northern Germany. 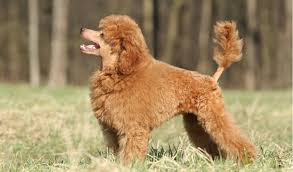 The smallest of the Poodles, your Toy is a highly trainable, very intelligent, athletic, and versatile breed. While you might have chosen a Toy Poodle because they are lovable and loyal companions and excellent dogs for small living spaces, your dog's ancestors were considerably larger. 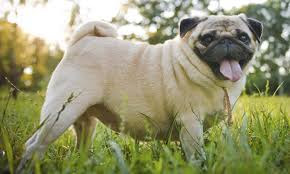 The pug is a breed of dog with physically distinctive features of a wrinkly, short-muzzled face, curled tail, large head, and protruding eyes. Despite their petite stature, pugs are full of personality. Unlike many dog breeds, Pugs were not bred to perform a task. They are not hunters, guard dogs, or retrievers; instead, they are companion dogs. The breed has a fine, glossy coat that comes in a variety of colours, most often fawn or black, and a compact square body with well-developed muscles. 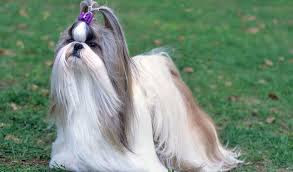 The Shih Tzu may have originated in Tibet, bred by Tibetan lamas to be a tiny replica of a lion, which is associated with Buddhist mythology. The Shih Tzu is prized for his small size, sweet nature, flowing coat, and intelligent mind. Befitting his noble Chinese ancestry as a highly valued, prized companion and palace pet, the Shih Tzu is proud of bearing, has a distinctively arrogant carriage with head well up and tail curved over the back.

Popular posts from this blog 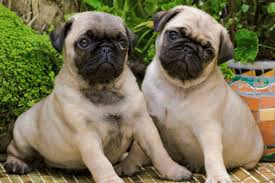 Were you aware that there are literally hundreds of distinct dog breeds? When you decide to get a dog, choosing the right dog breed for you and your family is essential. There are about 339 breeds of dogs which are divided into 7 different groups: Toy Sporting Non-Sporting Herding Working Hounds Terriers They all have different purposes and based on uses and characteristics, these different groups are used as a way to identify dogs. Herding Dogs:   The Herding group was created in 1983 and is the newest group that was classified by the American Kennel Club.   Before this group was created, the dogs that are in this group currently were previously a part of the Working group.   A Herding dog is described as a dog that is easily trained to help with herding purposes.   Some of the dog breeds that fit under this category would be the Australian Cattle Dog, Australian Shepherds, Border Collies, and Old English Sheepdogs among oth
Read more 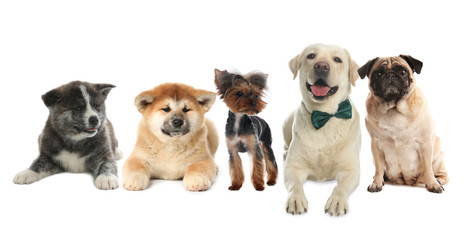 SHOPPING CORNER FOR YOUR PETS